Check out this seasons brackets!:
https://s3.amazonaws.com/files.leagueathletics.com/Text/Documents/11670/71773.pdf 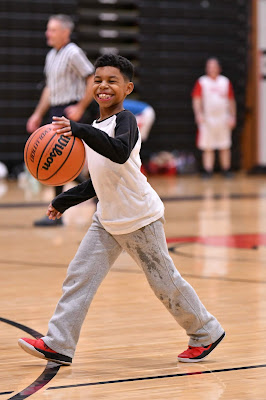 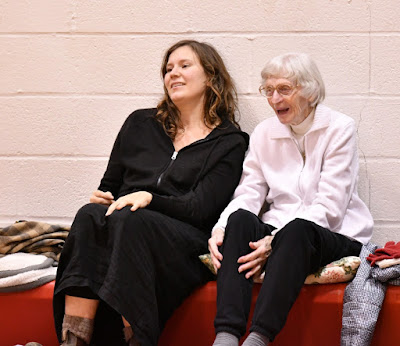 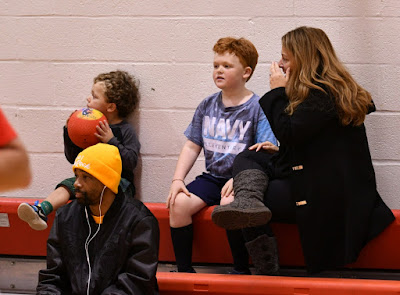 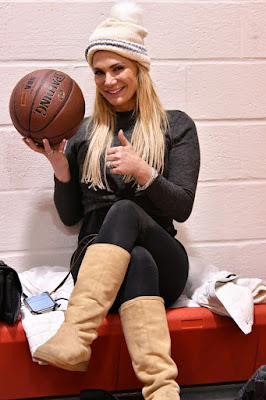 The RepeatOffenders get a repeat of last season with just missing the championship crown!  This time against the all new killer team RIOT! 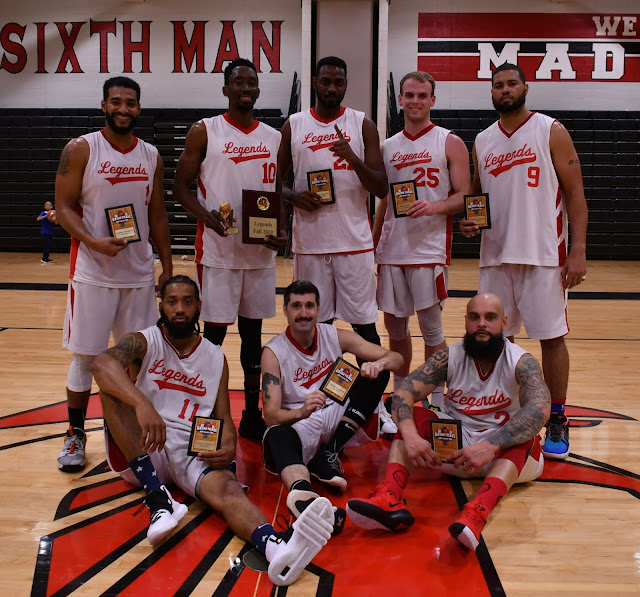 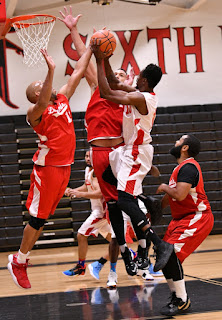 Dump and Chase vs Make it Rain

Dump and Chase had an amazing game with only 6 players to win the championship against Make it Rain! Especially their MVP, Ben Gerow, who got a remarkable 28 points, double his average of 14 per game! 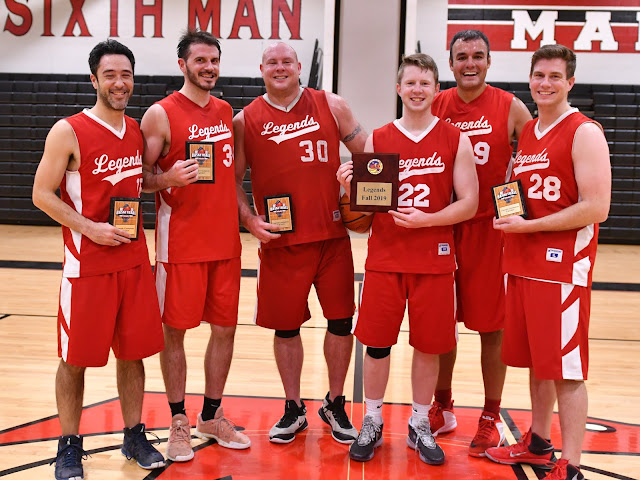 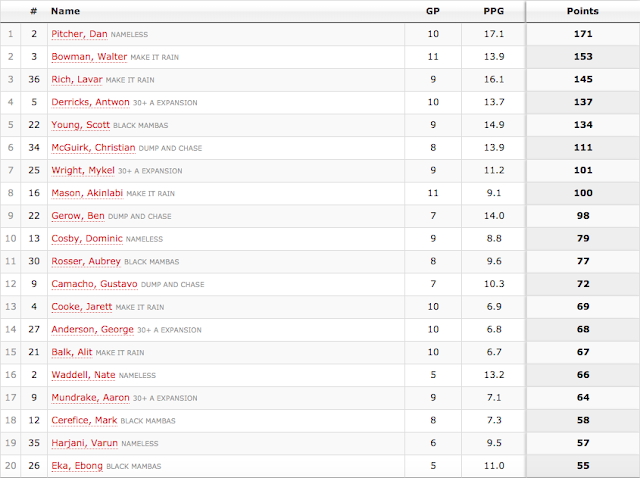 The GrindFathers grind it out and win the championship against reigning champs Team Van Metre! 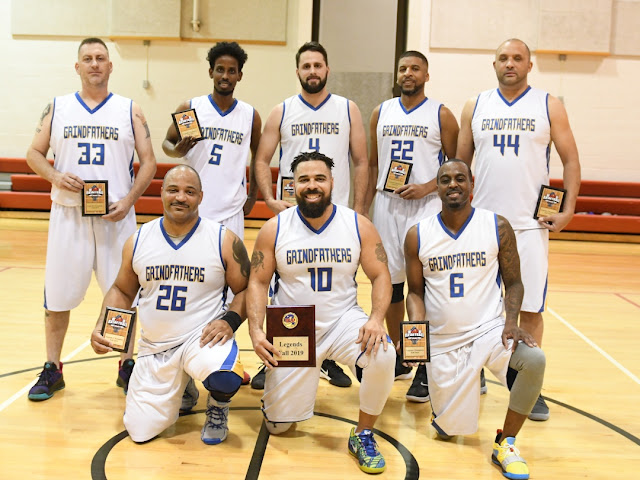 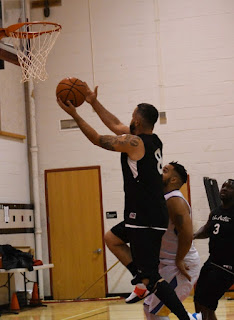 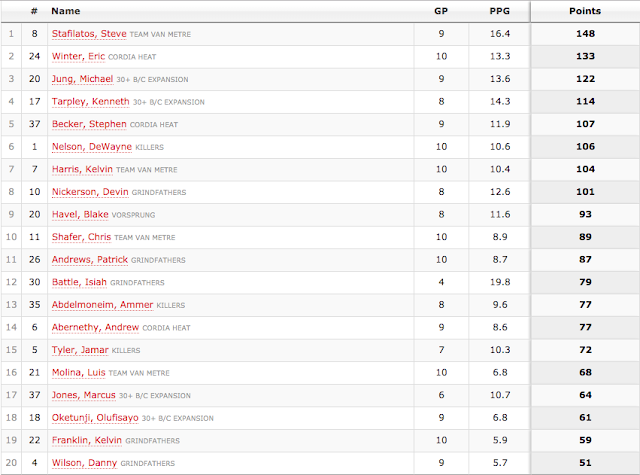 Another reigning champ, the Elders, taken down by the Bucket List this season for an exciting win!  As predicted by the Commissioner's Office the twin towers, Adams and Benning, showed and led the team to their big victory! 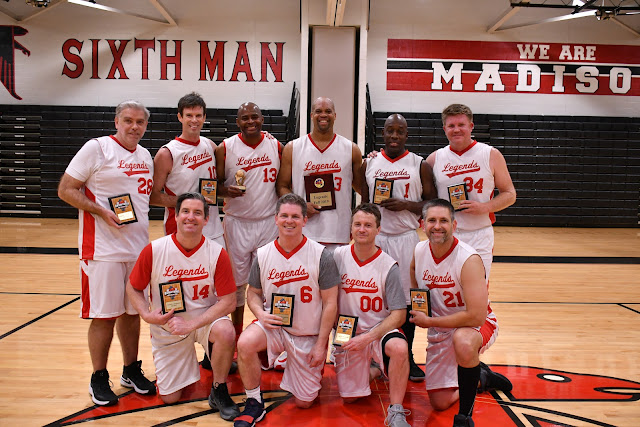 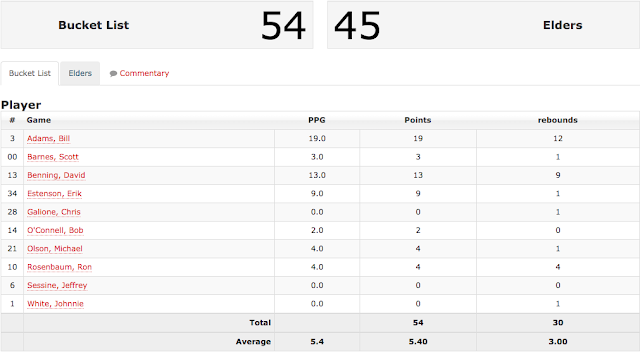 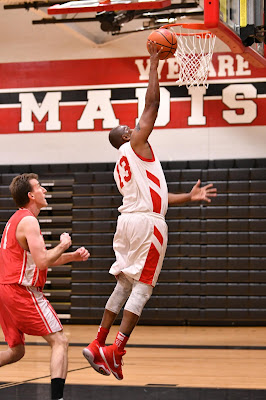 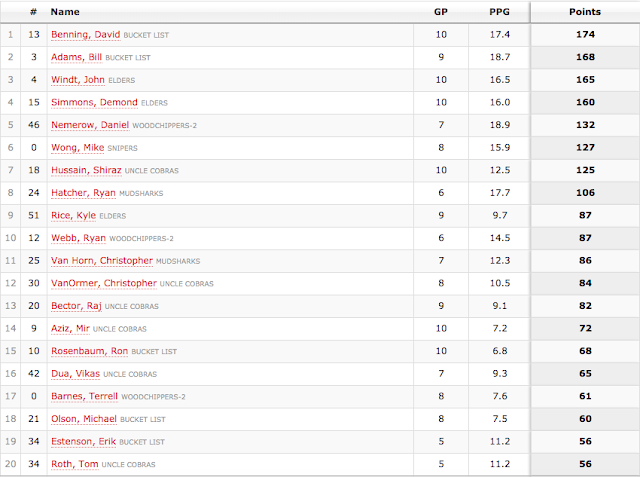 BallHawks take down the Bozo Ballers in this one!  The only one of two teams to prove the Commissioner's Office predictions wrong with a great game! 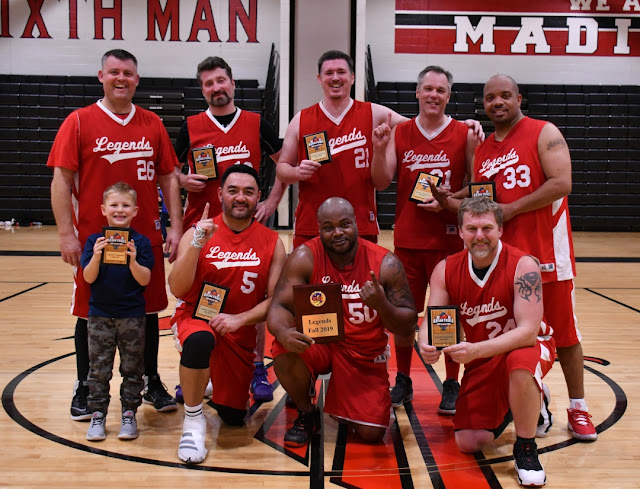 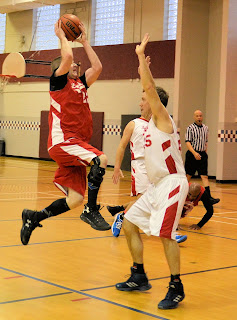 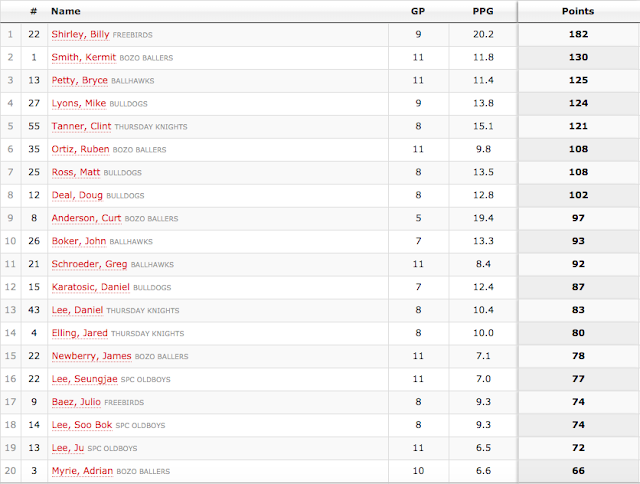 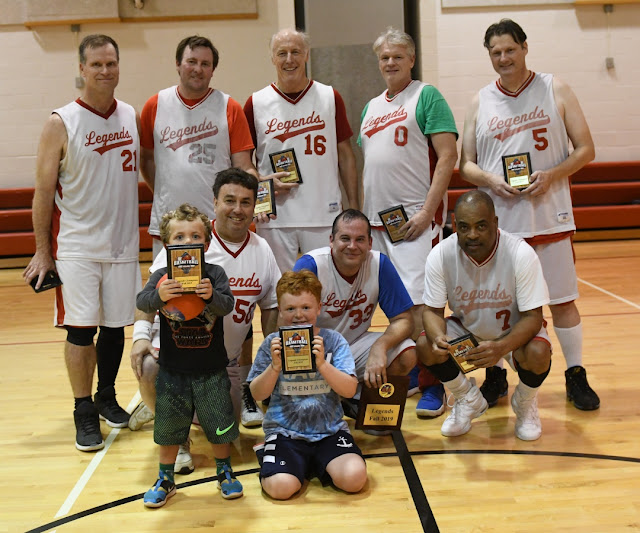 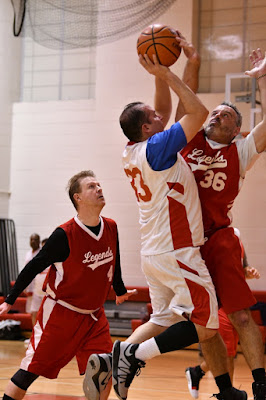 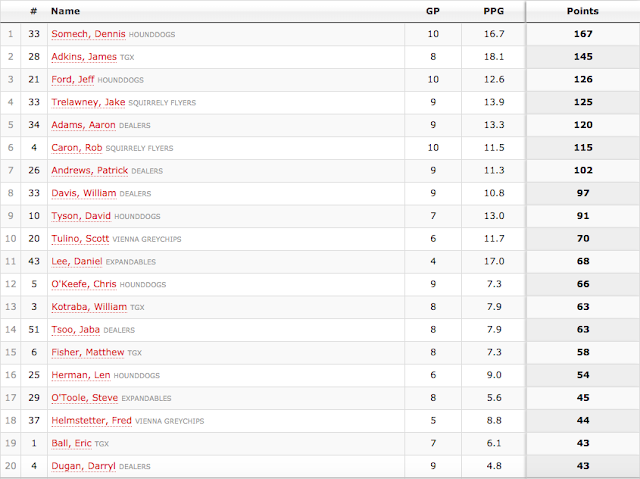 PICK N ROLL vs The Kings of the Slams

Pick N Roll had quite the comeback with a point deficit of 5 in the last 30 seconds.  Tied the game with 7 seconds on the clock and Jasper Willis stole the ball and won the championship with a layup and the foul shot to win by 3!  With the win, they exorcised past demons where they lost close championship games in the final moments. 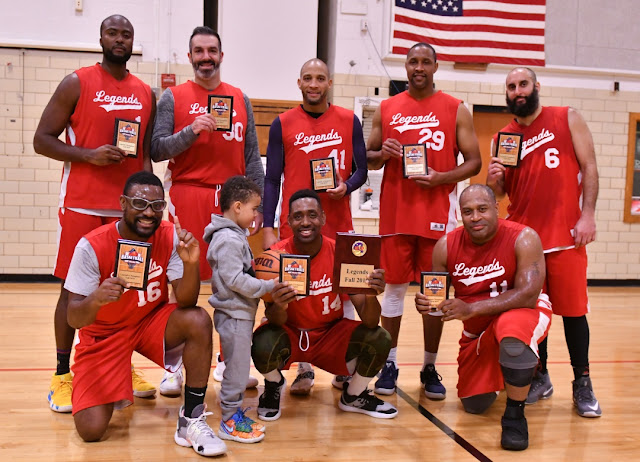 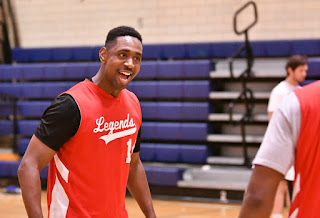 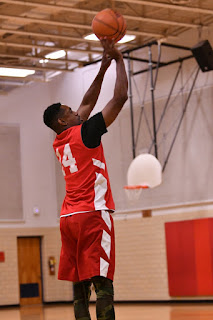 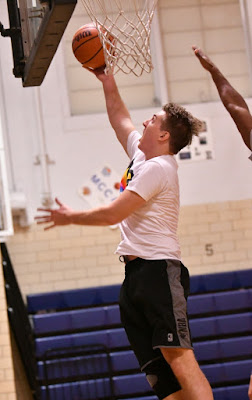 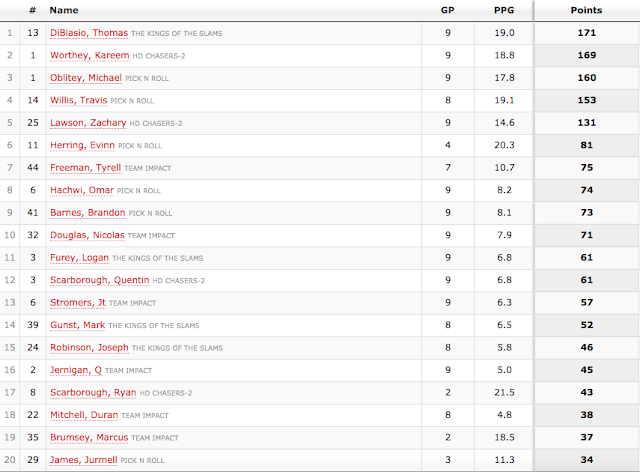 The Shockers got their third championship in row with an excitingly close game!  Are they ready for the A/B division?! 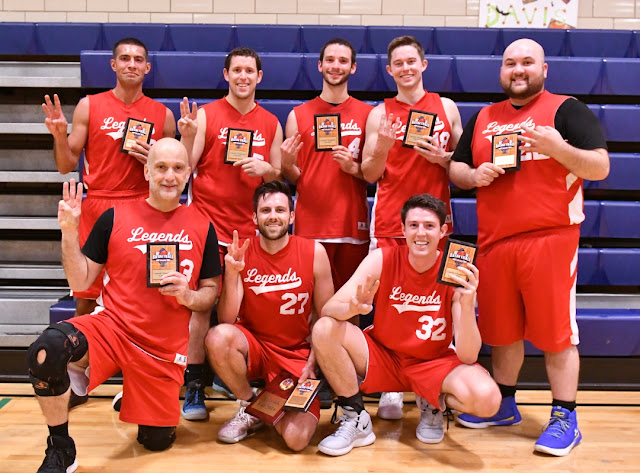 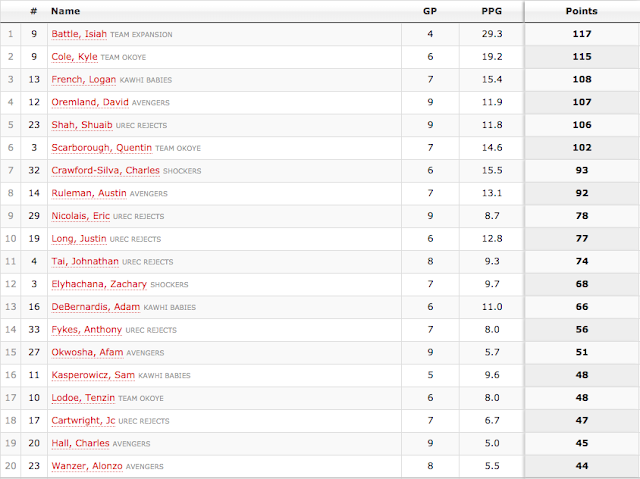 Thanks to everyone for your participation and enthusiasm!
We love our Legends Family!